Home   Signs of the Seasons   Snow on the Playground

Snow on the Playground 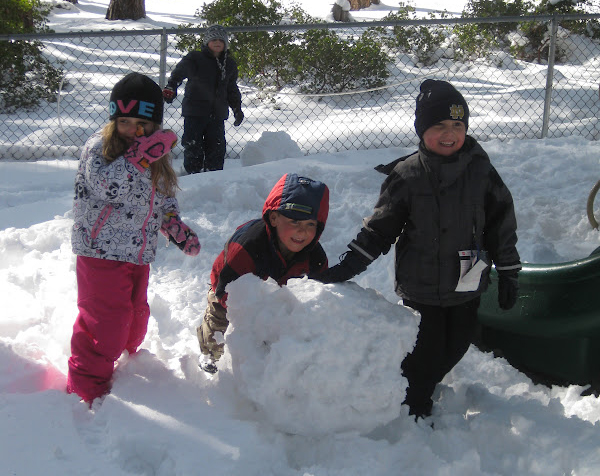 In early March we had a nice little snowstorm that brought enough fresh powder for some great snow play on the playground. The PM class immediately dug in and started rolling huge snowballs and stacking them to create a snow creature. It kept getting taller and taller until it became more of a snow totem pole – and without Misty’s help it would have surely toppled over! The kids had a great time tromping around and even had a snowball throwing contest to try to hit a target. They dug out the merry-go-round and took quite a few spins through the snow. We’re lucky we got to enjoy our snowy days on the playground because it has melted quickly since the last storm (who knows though….we may get more next week….). Keep sending that snow gear to school because I have a feeling we’ll be needing it again soon!

This site uses Akismet to reduce spam. Learn how your comment data is processed.